Lon Milo DuQuette’s Tarot of Ceremonial Magick With this deck we are back to the genuine tarot tradition, back to what tarot was before the modern card reading craze began in the 1970s and the growing popularity turned tarot into a mass medium. Apart from also being a card game, tarot was for about one hundred years, beginning in the mid-19th century, essentially a tool for the practising ceremonial magician. DuQuette is one of these with great experience, and in this deck he has combined the various systems that the magician uses to obtain his goal: Self-mastery, illumination and spiritual liberation.

This deck is a natural sequel to other genuine magick decks, like THE GOLDEN DAWN TAROT and Crowley’s BOOK OF THOTH. DuQuette has added more symbolic references than the mentioned decks; apart from the Hebrew and astrological references, this deck also has references to the Enochian tablets, to the 72 spirits of Goetia and to the Angels of Shemhamphorash. The Astrological references are extended to also include the decanates. References to the Tattwas and the I-Ching hexagrams are also included.

What more can you wish for? The tiny booklet gives only a short survey over these symbolic systems, but a more extended study can be found in a book by the same author: TAROT OF CEREMONIAL MAGICK (Weiser 1995). 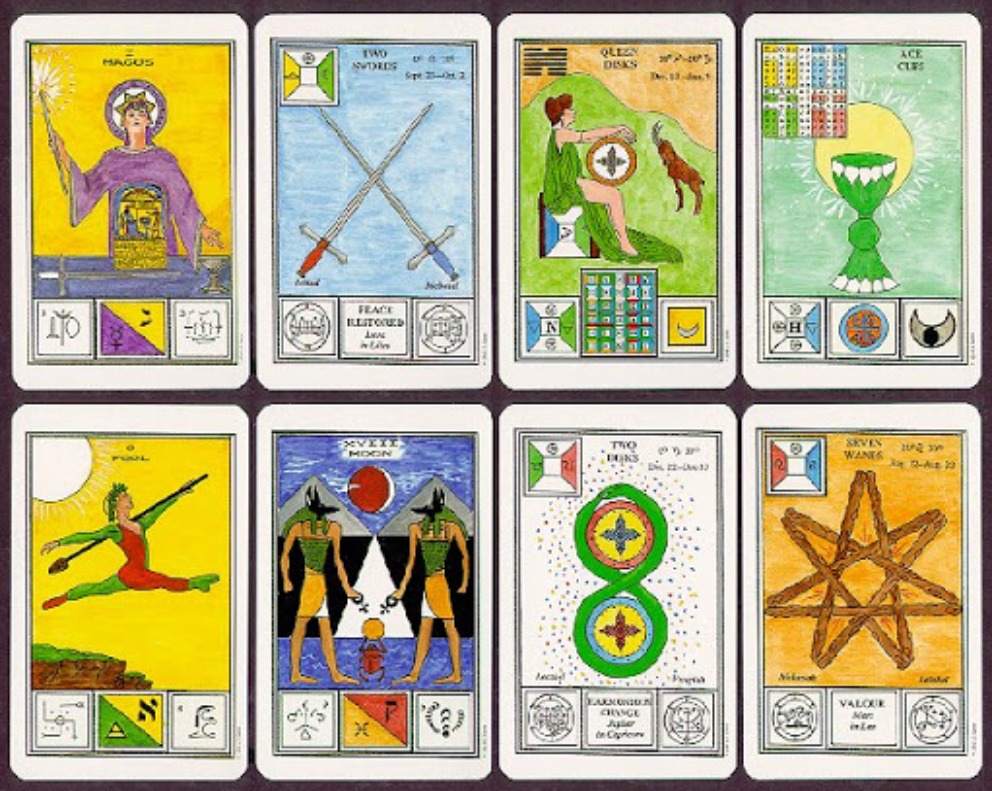